So my adventures through the intertubes has led me to discovering a video, which led me to websites and more information and stuff I didn't know of before. Interesting stuff.

The government is bad enough as it is, but the idea that the government isn't actually running the country and is simply a face and form of enforcement of those who actually control or "own" America (and possibly other countries according to the information provided) is interesting to me. As with the government, I don't believe everything I read or hear. It certainly sounds plausible and makes sense to me that there is in fact a group of people that "own" the government and thus own the US.

Honestly, the only thing that keeps people from just saying "screw you" to the government and starting up their own form of money and doing their own thing, is the fact that they would shut you down and throw you in jail. It's what gives them the ability to say, "I own this" or "Follow these laws". Force. We fought the British to gain freedom from them, only to be enslaved by the government we created(or the "shadow government" that runs the government anyway).

The reason people are either blind or don't care is because they have what they need from the system. Who would fight against a system that allows them to have the things they don't need? This is slowly changing as the government destroys the economy and fewer and fewer people have anything left. I'm not sure I would even be finding this information or writing anything now if I had a great job, money, and lots of things I didn't need.

I'm not really positive what prevents the US from just saying "We have no debt" and taking back control of itself. Obviously the same force they use to enslave us, they can use to do this. I know I don't know much about economic issues but I know it could and would affect the rest of the world also if that happened. But the idea that most of the paper contains value because of the perceived idea that it's worth something when in fact its just paper(well, a blend of materials but not actually paper). Everyone should be able to go to their bank, and trade their paper money for gold since that's what the value of paper money is based on. The amount of paper money should directly correlate to the value of gold and therefore the Federal Reserve should have enough gold to do so.

I don't believe that banks are actually banks at all. They are merely businesses that sell the service of holding your money for you. So long as they are able to use that money to try to make themselves more money, they are a business. They are no different then a stock broker with the exception that they guarantee you your money back...so long as not everyone wants it back at the same time anyway.

I kinda wonder though, what if the government started destroying money? Would that increase the value of the dollar? In my head right now, I view it like the stock market. The stock has a certain value, and if they release more stock the value goes down, but if they buy it back, the value of the remaining stock goes up(in theory).


The issue with changing any of this, I think, is the fact that there is no actual plan for change. At this point, it's simply the task of getting people to take off the blindfold and see what's really happening, to open people's eyes and get them to start thinking. But I suppose providing information is the first step to change. I also believe the government as it was originally created as of the declaration of independence, is close to how the government should be and should have stayed. Anyway, let's try to spread knowledge. We can start to spread this knowledge and get people to see the truth and help lead us into change. 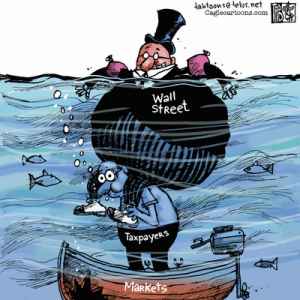 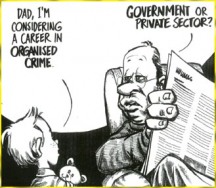 Posted by systemAdmin at 9:28 AM