We are one year closer to the end.

What Are You Eating? 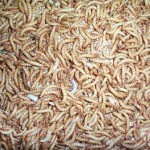 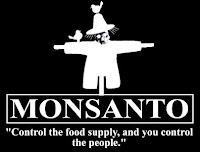 
This is what we are forced to eat. Not many of us have the luxury of being able to grow our own crops and animals to eat. Very few people are willing to pay the higher price for foods made with natural ingredients and real sugar instead.

It makes me reconsider the idea that people are just stupid, but that the government and corporations are the main contribution to the stupidity and obesity of the world by forcing this crap upon us because they are greedy bastards. I'm not aware of many foods without High Fructose Corn Syrup in it, and if it has that much mercury then we are all screwed. I wonder how intelligent I should have been if it wasn't for HFCS. Who knows what the genetically engineered crops are really doing to us either.

So I'm actually somewhat torn between how horrible this really is, and the fact that we would be better off if this helped wiped out the human race. There is a possibility that this is related to why I hate the human race though...
Posted by systemAdmin at 9:27 PM 12 comments: 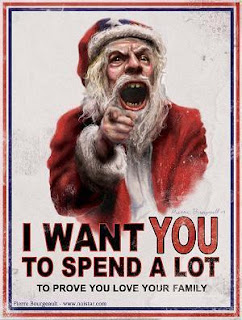 I for one, am not a big fan of the holidays and am glad Christmas is over. When corporations and large businesses stand to profit and benefit most from a holiday, it can't be a good holiday. Not to mention the amount of waste associated with certain holidays, especially Christmas.

Christmas is a time of waste. Everyone puts of their lights and wastes electricity needlessly. We wrap presents in wrapping paper that most of which will end up in land fills, as well as the packaging that the presents already comes in. There is lots of extra driving associated with buying Christmas gifts because you end driving everywhere to find the gifts you want to buy. It wastes gas, extra money, and time since you are not only just shopping, your battling against everyone else who is doing the same. And we also chop down trees that are tossed out after the holidays are over. All because of a holiday.

Christmas was never actually even about Jesus. The catholic church had actually banned Christmas because of it's origins and because they also saw that it was a wasteful holiday. The unbanned it because they realized it could be associated with Jesus and promote Christianity(http://en.wikipedia.org/wiki/Christmas). It flourishes now more than ever because of corporations and big businesses promoting it because they stand to profit from it.

I know people love to receive crap they won't use more than a few days in most cases, or things they may not ever use. Everyone likes to receive gifts. But the idea of receiving a gifts because it's a holiday diminishes true generosity and replaces it with the idea that you have to give gifts. If you don't give certain people a gift on Christmas, they often think you either don't care, or in cases of significant others, that you don't love them. Worst of all, if you don't give anyone anything, you are can be considered a thoughtless greedy person(which helps corporations a lot by further promoting buying things).

I believe that gift giving and showing generosity should be a year round, non-holiday specific event. If you are willing to give someone gifts when it is not a holiday, or during birthdays and other events of such, wouldn't that gift be that much more meaningful? I no longer buy people gifts for holidays and tell people not to get me anything either, as well as encourage others to follow me in this. We should celebrate the holidays for what they are meant to be, not what corporations and big businesses tell us we should. Avoid the materialism they promote. Take the time off work rather than working during the holidays to pay for what you bought. Spend the holiday with friends and family.

Consider these ideas next year. 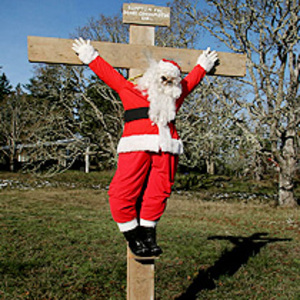 Posted by systemAdmin at 2:38 PM 9 comments: